More
How can we help?

A team from national law firm Stone King completed a 22.5km windy hike in the Peak District to raise funds for two charities and more than doubled their original £1,000 fundraising target.

The challenging, seven-hour hike included 850m of ascent and took place on a paid weekday, forming part of the firm’s Corporate Social Responsibility (CSR) scheme for which people are encouraged to take a day every year to support charitable causes. 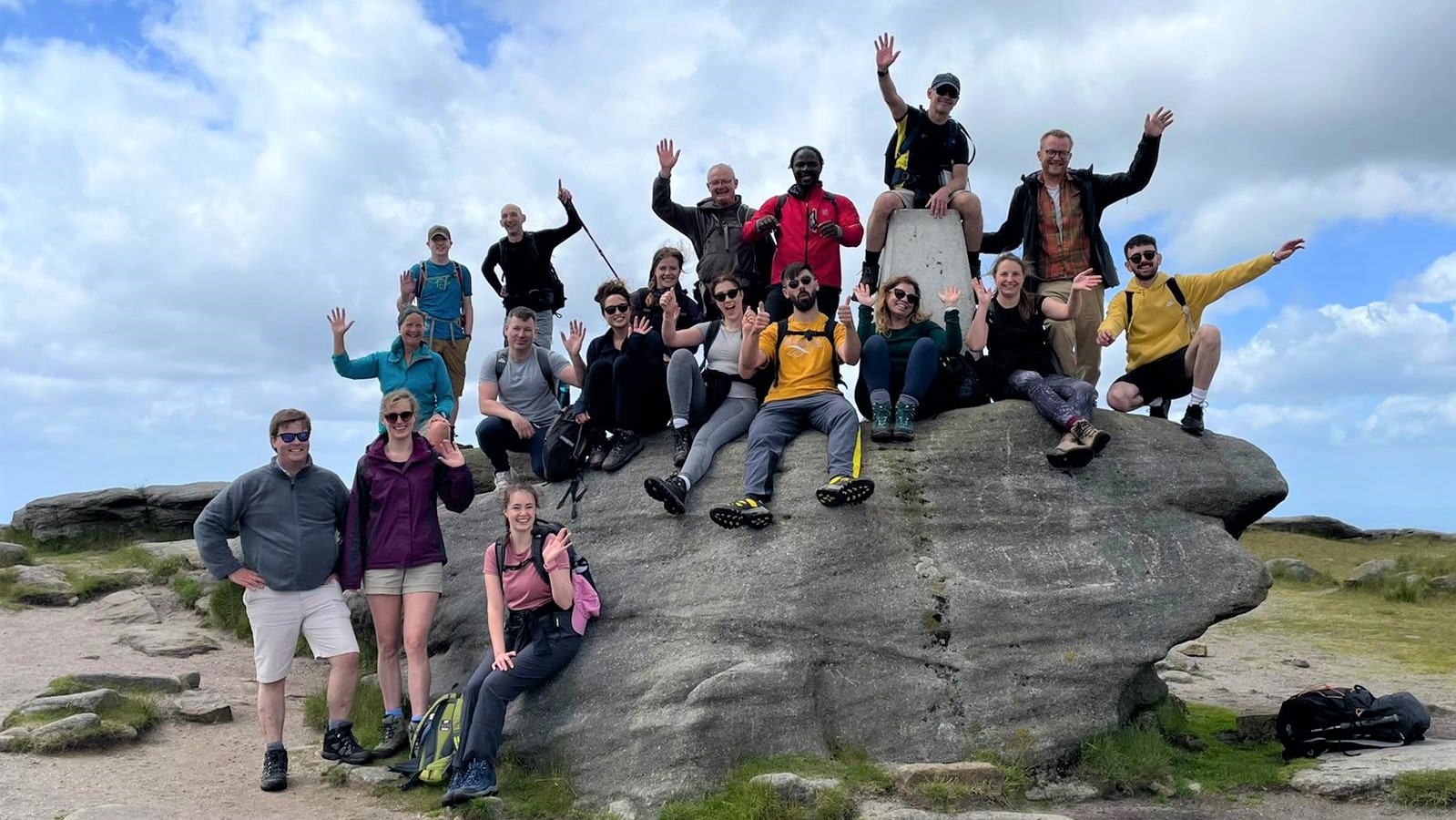 “It was a great day, we had a good mix of people from all levels and ages and from across our national offices. Some had joined during lockdown and others I hadn’t seen in a long time so it was great from a social point of view, as well as being an opportunity to fundraise.”

They set out from Edale at the start of the Pennine Way climbing steeply up onto the southern edge of Kinder Scout. After the team's first summit of Grindslow Knoll they progressed along Kinder's southern gritstone edge, with gritstone boulders carved by wind, rain and ice erosion into fascinating and unusual shapes. The second and highest summit was Kinder Low at 633m from where they crossed the head of the valley and passed Jacob's ladder and on over moorland habitat. They then passed a third summit before ascending onto Rushop Edge and The Great Ridge with a final steep climb to the summit of Mam Tor, and then descended back into Edale to complete the circuit.

Nicole, who is a member of Stone King’s CSR team, added:

“The most challenging part was facing the final climb, we were all getting tired with aching muscles and feet but there was great camaraderie and we encouraged each other along, even though we were almost blown off Mam Tor!”

Guides from Peak Walking Adventures, paid for by the firm, guided the group of 15 Stone King walkers and told them about the history and geology of the National Park along the way.

“It was great walking with such a determined team who exceeded their challenge and remained positive and cheerful throughout, even as they faced their last steep challenge to the summit of Mam Tor!  It was a privilege to spend the day with them."

The walkers pledged to raise £500 each for two charities, but have so far raised £822.50 for food bank charity The Trussell Trust and £900 for Refugee Action, which supports refugees and people seeking asylum in the UK. In addition, the Stone King Foundation – the firm’s charitable arm which is run separately with a board of trustees made up of Stone King volunteers – has voted to award an additional £250 per charity, bringing the fundraising total for both to more than £2,200.

Anyone wishing to donate, please go to: justgiving.com/team/SKCSRHIKERS.