A married couple have been recognised with the Stone King Award in celebration of their years of service to both Bath Rugby and the Bath Rugby Supporters Club.

Kevin and Pat Lawrence were chosen to receive the annual award by the supporters’ club committee, in recognition of going the extra mile for fans.

The Corsham couples’ love for the blue, black and whites wasn’t confined to watching games with them taking on a number of roles on the committee, including Kevin serving most recently as Chairman.

The award was presented to the couple by Tracey Smith, Head of Family & Mediation.

“We get to see the efforts of the hard work when the team takes to the Rec but we don’t usually see or learn about the tireless efforts behind the scenes,” she said.

“Kevin and Pat have put in countless numbers of hours on behalf of BRSC and it is lovely to see them recognised in this way.

“Even though they have now stepped down from the committee I know they will still be cheering Bath Rugby on from the stands.” 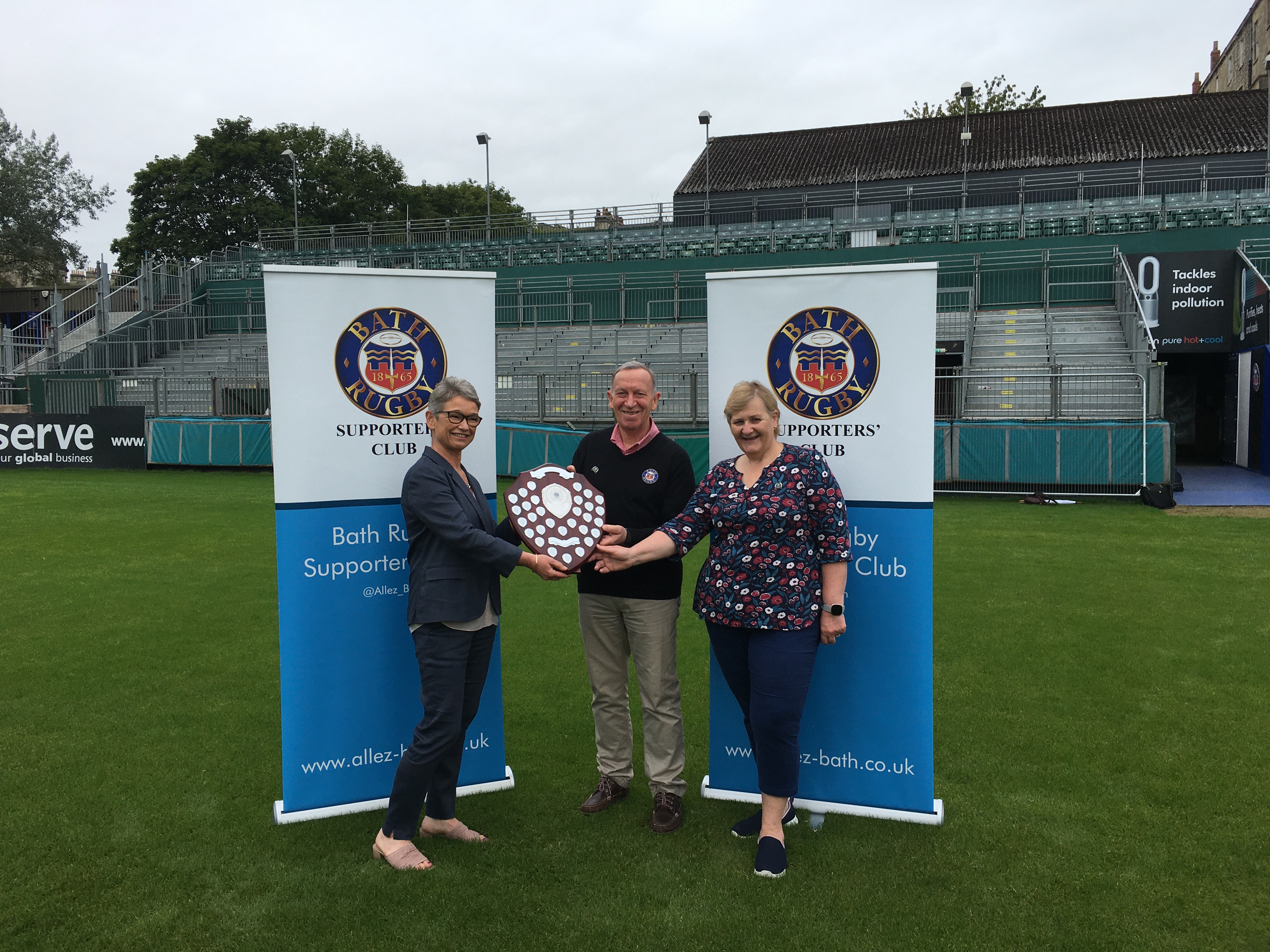 Most weeks saw the Lawrences putting in over 20 hours a week on behalf of BRSC.

“We will still be members of the club but not play such active roles,” said Kevin.

“I have always taken the view that when it is over it is over and it will be good to have new ideas coming through to help the organisation thrive.

“There is a brilliant committee in place full of talented people so now is a very good time to step back and relax.”

“We are both thrilled with the award and very touched because, having been on the committee for so long, we know how many other people also are deserving of this award,” said Pat.

“We were due to step down last year but it was obvious that 2020 was going to be an unprecedented year and we didn’t want to leave the club in the lurch.”

BRSC has developed and maintained a strong relationship with Bath Rugby which allows them to represent BRSC members views.