More
How can we help?

She is experienced in a wide range of work:

Reema has a specialism in advising charities which have a particular emphasis on supporting women and girls, which interest covers a wide range of organisations working in education, health, employment, poverty and many others. She was a trustee of a domestic violence charity for several years, which was not only rewarding but also gave her insight into clients’ perspectives and what they want from their lawyer.

Reema also has an interest in armed forces charities. She has supported several to simplify their structures and strengthen their governance, helping them to stay focused on their beneficiaries. Her work for armed forces charities includes advising on incorporation, to reflect the way modern charities operate; alterations to charitable objects to meet veterans’ changing needs; relationships with corporate supporters of armed forces charities; and the occasional dispute.

Reema is the Vice Chair of the Charity Law Association, a membership organisation for those who advise on or use charity law. She has been involved in several CLA working parties, which provide technical input to help develop charity law.  Recent examples include chairing the working party which responded to changes to the Charity Governance Code in 2020, and participating in working parties which considered the Charities Act 2022. 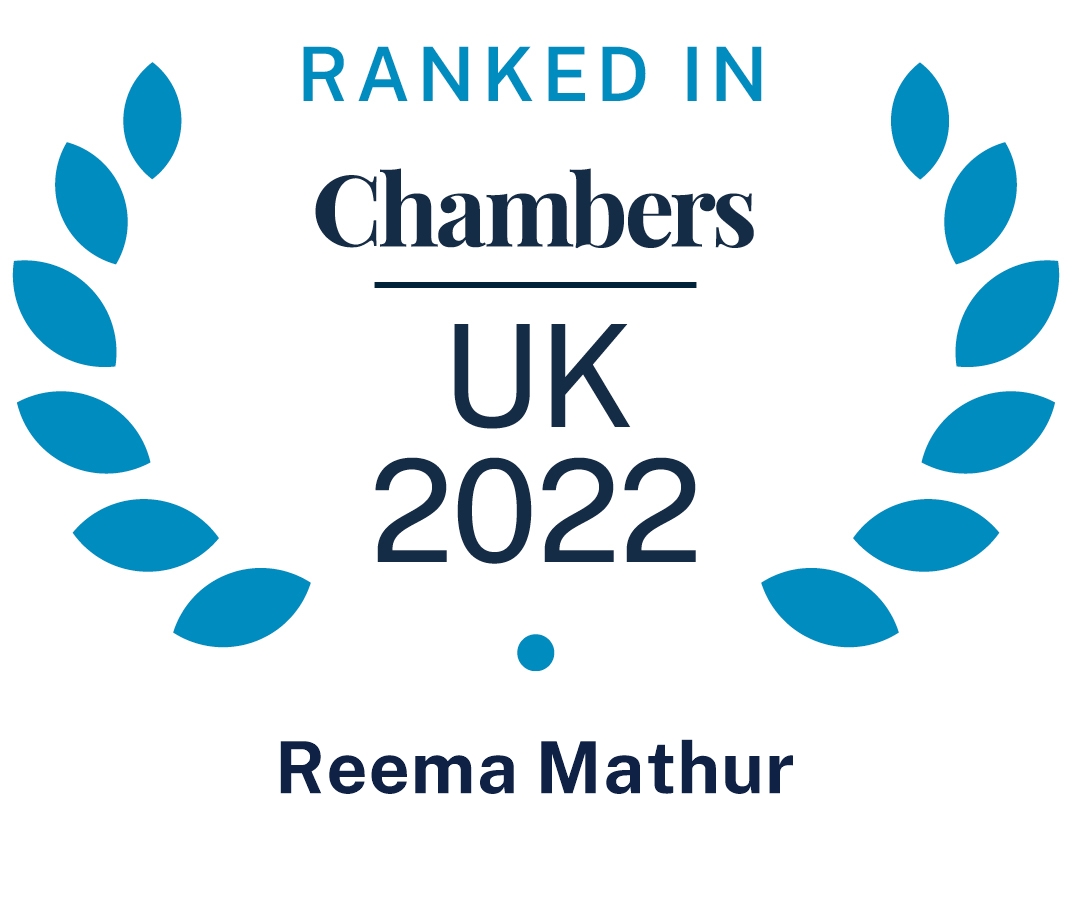 She is "able to provide strategic advice and guidance, whilst also thinking through the practical realities."

Distinguished by her "hard work and diligence" in charity matters.

“She has been a great help - she provides pragmatic advice and can be relied on to assist at short notice.”