Stone King can arrange face-to-face or virtual meetings to suit you. Click here to find out how we can continue to support all of our valued clients as usual.

To support this year’s Trustees’ Week, a handful of Stone King’s people who are charity trustees in their own time talk about the charities they work with and reflect on what they have learnt.

Get involved in our upcoming Trustee events:

Are you a new trustee or thinking of becoming one? 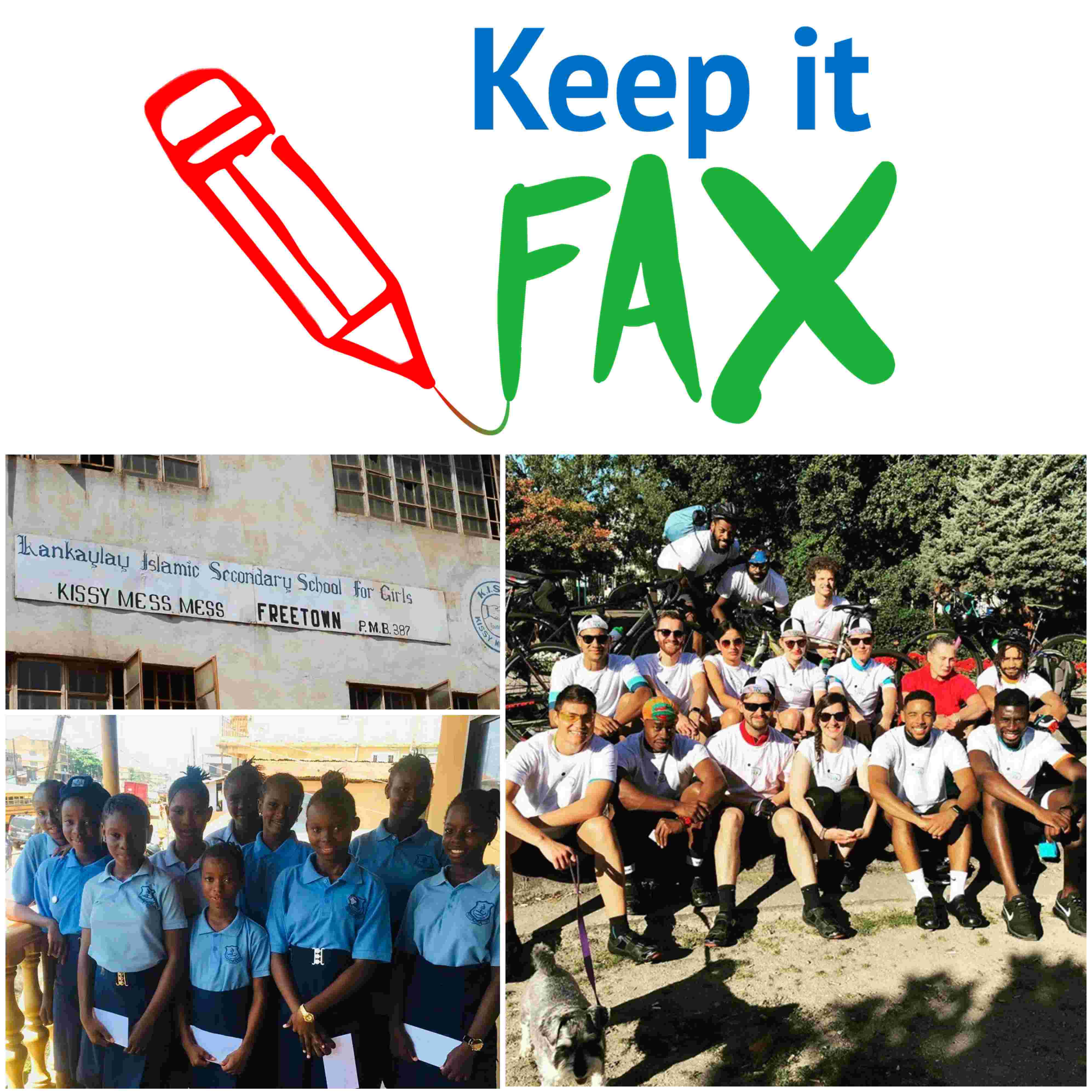 Oliver is a Trainee Solicitor in the Charity & Social Enterprise team. He advises charities and social enterprises on governance and Charity Commission regulation as well as structuring and registration of new charities including societies.

What does Keep it FAX do and how did you become a trustee?

Keep it FAX is a charity supporting the education, health and well-being of young people in Sierra Leone. It supports girls to attend school and to improve their academic performance by putting on extra sessions. I became involved after meeting one of the founders while working in the charity sector. Initially, I agreed to fundraise for the charity by doing a cycle and two years later I ended up organising the charity’s annual cycle and coming on board as a trustee to support the growth and development of the charity.

What do you enjoy most about being a trustee?

Acting as a trustee takes me out of the bubble of the nine to five world I live in and encourages me to think altruistically. It is exciting to engage with people working hard and enthusiastically towards a common social aim.

Is it what you expected?

Being a trustee at a very small organisation is dynamic, the problems you may end up tackling and the circumstances you may find yourself in can be very far removed from what you have faced previously, but your skills and experience are still very relevant and it is surprising to realise this. As a trustee I feel I have become much more of a global citizen and this is something I didn’t expect when I agreed to be a trustee.

What advice would you give someone who is considering becoming a trustee?

To have a positive impact as a trustee you have to feel strongly about the mission of the charity. Giving up your spare time and sometimes annual leave to support a charity will be very hard if you aren’t motivated by the mission of the charity and what it is aiming to achieve. If you are passionate about a particular topic but don’t feel confident about the skills you have to offer then you probably need to have a chat to existing trustees. In my experience you are not the best judge of how your skills may help others and talking to existing trustees will give you an idea of what you can expect.

Nicole is an Associate Solicitor in our Charity & Social Enterprise team. She advises on a variety of matters including the structuring and registration of new charities and social enterprises; transfers, mergers and restructures; regulatory compliance and governance and public benefit delivery.

How did you become involved?

I was introduced to Jonathan Hannay, the Founder of ACER Brasil (Associação de Apoio à Criança em Risco or Association to Support Children at Risk) by Frederico Singarajah, Founder of Lex Anglo-Brasil, a network connecting Brazilian and British lawyers. As part of a three week tour of Brazil in 2017, where I visited a number of charities and social enterprises, I went to Diadema in São Paulo to see the work ACER is doing in the local community. I was impressed with the varied and sustainable support which the organisation is providing to local children in an area which has a high level of social difficulties.

On my return to the UK, I was invited to participate in the meetings of Children at Risk Foundation (CARF), a UK charity which fundraises for and raises awareness of the work which ACER does in Brazil. After a few months as an ‘observer’ I became a trustee of the UK charity.

What do you find most rewarding?

Being a sounding board for ideas, providing guidance where I can and knowing that what we do supports the work in Brazil.

What have you learnt from your experience?

Being a trustee is a great way to meet new people, put your skills (whatever they might be) to good use outside of work and gain another perspective on life.

What advice would you give someone considering becoming a trustee?

Everyone has something to give. Charities need trustees with a wide variety of skills and everyone brings something to the table. Our trustees all have very different jobs and different specialties so no matter who you are, you can be a good trustee. Choose a charity which means something to you, something local, something you are passionate about or something you have a link with. The time commitment varies depending on the charity so consider what you can do in practice and go for it! 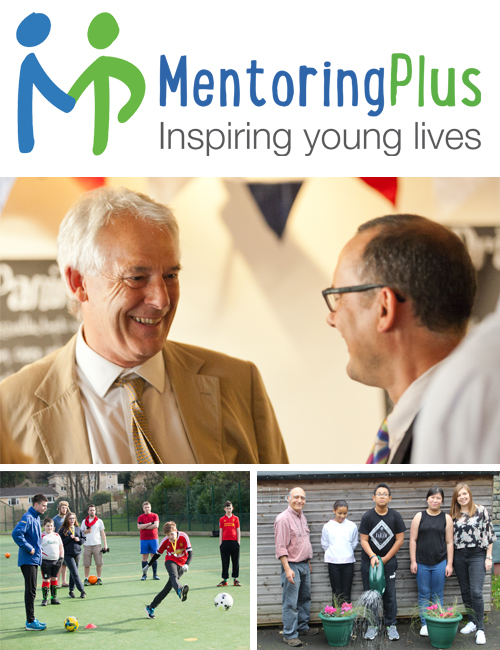 Andrew is Partner and Head of the Court and Regulatory Team at Stone King. He is an experienced Criminal practitioner who practices in the Crown Court and Magistrates Court. Andrew is a Solicitor Advocate having attained his Higher Court qualification.

What does Mentoring Plus do and how did you become a trustee?

Mentoring Plus appoints adult mentors for disadvantaged young people in the South West. When I was doing a lot of legal aid work at youth court I met Michael Tichelar, one of the charity’s founders. I did some training with the trustees and mentors and a few other bits and pieces, and about five years ago they approached me about becoming a trustee.

I would go to court with young people in trouble and often they would be in trouble again and again because they had no role models. It would quickly escalate. But when they worked with Mentoring Plus it seemed to really help them and nip it in the bud. Being able to defend them in court by saying that they were now receiving mentoring from the charity was usually always well received.

What do you enjoy most about being a trustee?

You feel like you’re putting something back and able to contribute in a positive way. It’s lovely to see the effect the charity’s work has on some of these young people who have had no advantages in life at all and how they manage to really make something of themselves.

What have you learnt from your work as charity trustee?

I’ve definitely learnt the importance of putting something back in the community that you live in, of doing something that’s more than just turning up for work every day and really helping. 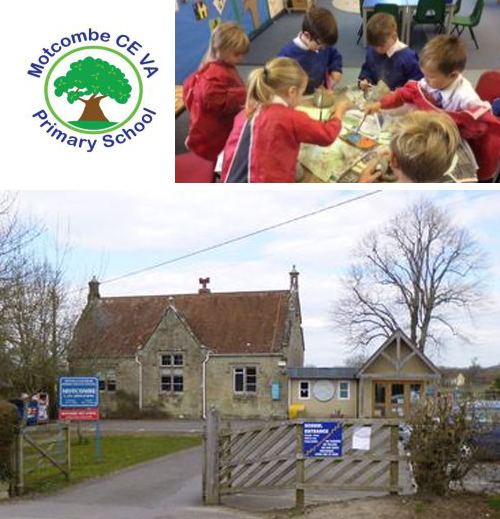 Chair of the Local Governing Body for:

How did you become involved with Motcombe Primary School and how long have you been in the role?

I’m a governor of the school where my two children attend. When I saw the advert for two parent governor vacancies applied because my children love the school and I felt that I might be able to contribute to the governance side, particularly in relation to safeguarding. I'm now Chair of the Local Governing Body.

What is the most challenging part of the role?

You sometimes have to make difficult decisions based on facts that parents and other stakeholders may not be aware of, so it may seem like an unpopular decision but there is always reasoning and careful thought behind it.

Do you need certain skills, knowledge or expertise to be a school governor?

I think that the first thing you need is a desire to learn and a readiness to commit to becoming a governor. A range of skills is important for any governing body, and any good governing body will carry out a skills audit on a regular basis to ascertain what gaps there are in terms of areas of expertise and knowledge.

I have used and developed my skills in relation to safeguarding and have received good training though the academy trust to develop skills in areas in which I had no prior experience. It can be very rewarding.

What have you learnt from your experience so far?

There is never a dull moment! I think with a good team of governors that are all committed to the ethos and values of the school, as well as to high standards of teaching and learning, you can really make a difference to the experience of children at the school for the better. There are often difficult times and you need to make the best decision you can based on the facts before you. A good relationship and shared vision with the Head or Principal is crucial, but at the same time you need to maintain the role of ‘critical friend’ in the forefront of your role as a governor. 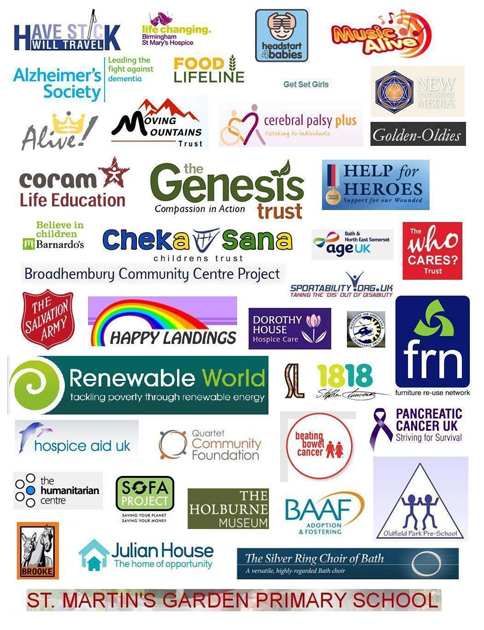 Kathryn is a Senior Associate in Stone King’s Commercial Property Team. Kathryn’s work includes a variety of commercial property matters, including freehold and leasehold disposals and acquisitions, landlord and tenant matters as well as overage and planning issues.

Trustee and Chair for:

How long have you been a trustee / chairman of the Stone King Foundation?

I have been a trustee and Chair of the Stone King Foundation since October 2015.

What is the most rewarding part of your role?

Making donations to a wide range of charities all carrying out vital work within the local community, as well as nationally and internationally.

What skills do you think a person needs to be a good charity trustee?

I think a trustee needs to be committed, confident to voice their own opinion, a good listener and willing to ask questions.​

There is currently no news.

There are currently no events relating to this specific service, please follow the link above to view all our upcoming events.